12 Ways to Improve Your Songwriting Skills 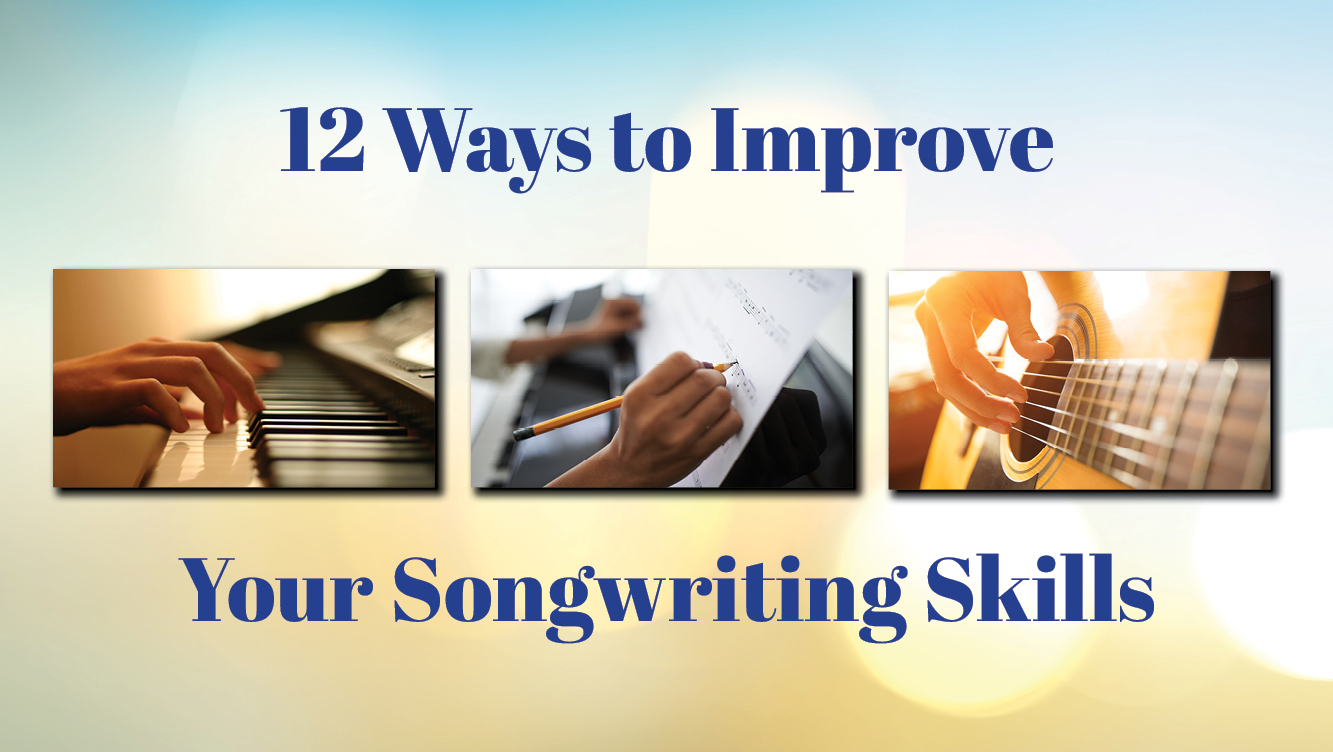 Over the years, I’ve co-written dozens of songs which have been recorded by myself or others. These days, my role as a publisher requires me to review and critique songs for our company’s catalog. Whether you're just beginning to write or already signed to a publishing deal, here’s the best advice I can offer aspiring writers about improving your craft:

The good news is that songwriting is a skill that can be cultivated. Though some people may be more musically gifted than others, what you may lack in raw talent can be made up with training and self-discipline. If you love songwriting, then you owe it to yourself to pursue this calling with intentionality and professionalism.

PS: If you're interested in submitting a song for use by Discover Worship, please note that – in order for us to consider leasing it from you – you'll need to have a commercial quality demo and accompaniment track version of the piece as well as own (or control) both the master recording and the underlying copyright. Unfortunately, we're not creating new studio versions of tracks these days. Having the arrangement available in Finale or Sibelius software is also helpful.

Check out these other helpful Discover Worship blogs about songwriting and creativity:

Vince Wilcox is the general manager of the Discover Worship team. As GM, he brings his varied experiences as attorney, marketer, entrepreneur, musician and product creator to help worship leaders acquire resources to glorify God and transform lives. In additional to his duties at Discover Worship, Vince is a part-time Instructor in the Music Business degree program at Trevecca Nazarene University and active in his local church.